The European Banking Authority (EBA) has published proposals for a ‘rescaling’ or reduction in regulatory capital risk weights for securitisations that may be categorised as Simple, Standard and Transparent (SST) and that satisfy certain pool credit risk requirements (see EBA (2015)). The proposals suggest (a) adjustments in parameters of the formulae-based approaches contained in BCBS 303, (b) changes in the look-up table for the BCBS 303 ratings based approach and (c) lowered risk-weight floors for senior tranches.

The EBA’s proposed re-calibration is reasonably effective in the case of the formulae-based approaches. As we explain in this note, however, a combination of BCBS 303 rules, supervisory practices and ratings agencies’ views of European deals mean that the positive effect on securitisation activity in Europe is likely to be slight. This is because, under proposed rules, capital for the large majority of European banks’ securitisation positions would be based on a very conservative ratings based approach.

(BCBS 303 suggests that a top-down purchased-receivables treatment may facilitate broader use of non ratings based approaches. But, the general industry view is that CRR rules and supervisory practices will preclude widespread use of a purchased receivable treatment so heavy reliance on ratings based capital calculation in Europe will remain.)

Obvious and simple changes in the rules involving a reduction in the reliance on ratings of the securitisation capital framework would transform the situation. These changes are spelt out in the conclusion to our note.

In brief, unless the European authorities take action beyond what is currently proposed by EBA (2015) (reducing reliance on ratings or drastically modifying the current ratings based rules), volumes of placed deals will remain small, securitisation issuance will be the preserve of small to medium-sized banks with little access to alternative funding, and the market will have to rely on US institutions as the main investors. 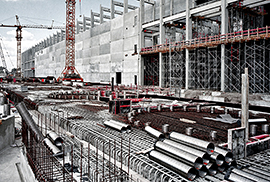