Risk Control is working with a Quant Group comprising securitisation specialists from several banks on analysing the Basel Committee’s recent proposals on regulatory capital for securitisations. The Committee’s proposals include a hierarchy of approaches.

Of these, the key central approach, the Modified Supervisory Approach is controversial because it is (i) highly complex, (ii) makes assumptions that are inconsistent with assumptions made elsewhere in the Basel framework, and (iii) is extremely non-neutral in that it implies capital for all the tranches that is a large multiple of the capital required for holding the underlying securitisation pool.

In response, the industry has proposed an alternative Arbitrage Free Approach (AFA) to securitisation capital. The AFA builds directly on the assumptions employed in the existing Basel IRBA capital charges for on-balance sheet loans. It is capital neutral before add-ons or model risk charges are included, and is much simpler to derive and implement computationally than the MSFA.

Duponcheele, Perraudin and Totouom-Tangho (2013a) “A Principles-Based Approach to Regulatory Capital for Securitisations” sets out the basic AFA while Duponcheele, Perraudin and Totouom-Tangho (2013b) “The Simplified Arbitrage-Free Approach” develops a Simplified AFA that could be applied by investor banks that have less information about the underlying pool exposures. Further research papers consider maturity adjustments and the effects of pool granularity and heterogeneity within the AFA framework.

Securitisation Purchases by the ECB – What is “Senior Enough”?
September 2014

How to Revive the European Securitisation Market: a Proposal for a European SSFA Georges Duponcheele, Alexandre Linden, and William Perraudin
November 2014

How to Revive the European Securitisation Market: a Proposal for a European SSFA Georges Duponcheele, Alexandre Linden, and William Perraudin
October 2015 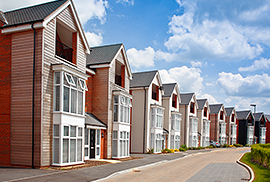