This paper describes the disadvantages of using agency ratings for securitisations in regulatory applications, and in particular as a basis for regulatory capital. We argue that an external ratings based approach to securitisation capital has become close to unworkable since the crisis, particularly in Europe because of major practical problems created by ratings agency practices.

These problems are (i) ratings volatility due both to methodology changes and the applications of sovereign and counterparty caps and triggers and (ii) to the lack of transparency of ratings agencies approaches and inconsistency with regulatory risk evaluations.

European regulators have adopted the objective of reducing reliance on external ratings in financial regulation substantially within Europe. In November 2013, the Joint Committee of the European Supervisory Authorities (EBA, ESMA and EIOPA – ESAs) launched a joint consultation on how this might be achieved. It has not, however, been obvious what risk measure for securitisation exposures one might employ as an alternative to agency ratings.

Here, we propose as a substitute for agency ratings a simple analytical formula termed the Conservative Monotone Simplified Arbitrage-Free Approach (CMA). This approach is a variant of the Arbitrage Free Approach (AFA) developed by Duponcheele et al (2013) in response to BCBS (2012) and an alternative to some of the approaches in BCBS (2013).

The approach allows one to assess the riskiness of a securitisation exposure on the basis of a small number of inputs. These consist of (i) its attachment and detachment points, (ii) the Basel regulatory asset class and associated regulatory parameters for the pool, (iii) the risk weight of the pool (either based on the Standardised Approach or Internal Ratings Based Approach calculations). 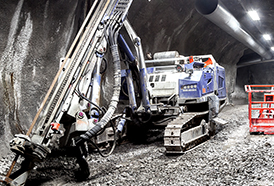